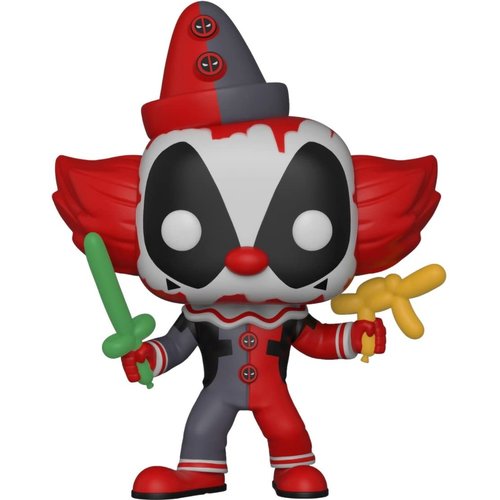 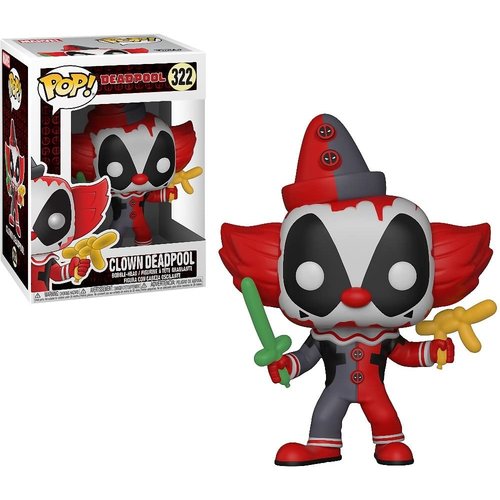 This is the Clown Deadpool #322 (Deadpool) POP! Marvel by Funko

Here we have Deadpool channelling his inner Pennywise, dressed as clown. However rather than holding Georgie's arm, he's holding a lightsaber and blaster made out of balloons.

The Clown Deadpool #322 (Deadpool) POP! Marvel by Funko figures are produced for an undisclosed amount but are still limited editions! 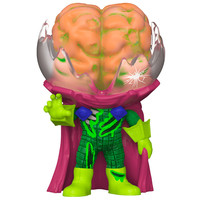 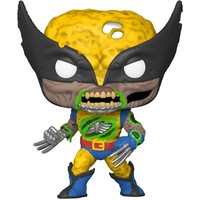